When we moved to Eastern Washington, the thought was to put an observatory in the yard of wherever our home turned out to be. However, I found there was nearly as much light pollution in our new location as there was at our previous home over on the Seattle side of the Cascades. So, what to do?

I started in 2013 looking for a spot to build a little observatory and maybe a cabin if the place was far from home. I found some pretty good spots but as I’d close in on making a decision, I found lots of little issues that would turn me off. I’ll list a few:

Just a few of the things you’ll be thinking about if you decide to build an observatory. I can almost guarantee your decision will end up like like mine….. a raging bundle of competing compromises.

So, Where did I end up: I found a property 35 minutes from home, up on a bluff East of the Columbia river. Undeveloped land at 4200 ft, with nothing but sagebrush. No power, no water… no utilities at all. About 1.5 miles of rough, barely maintained dirt road off the highway. Because the road isn’t plowed, getting back to the property in the winter is very difficult (the snow’s been light this year so I might be able to make it…. may I’ll try at the new moon).

Here’s a couple pictures of the land and the night sky from there:

A pan (almost 360 deg), Looking SE over the heads of wife and friend. 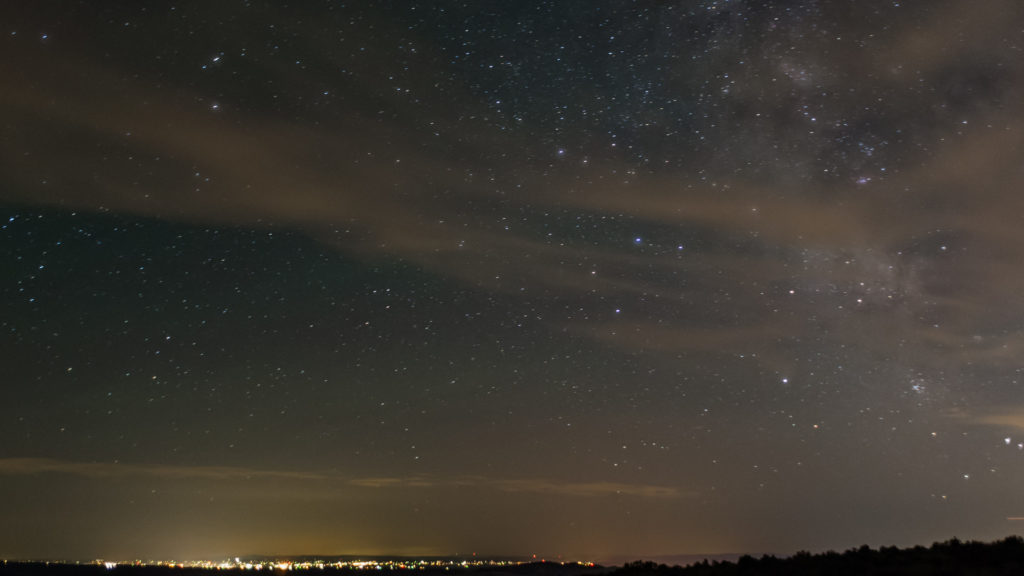 Looking SSE. This is 15 or 20 sec exposure, so the sky looks lighter. The town is approximately 30mi to the SW. Light pollution is actually worse to the West (about 30 deg up), but it doesn’t bother me much as I almost always work up the East side to the Meridian with my EQ mount.

So that’s that!  Now to start working on building the observatory.